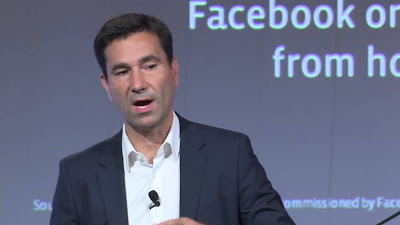 Apple is not the only technology company that tripped due to a legal case to defend the privacy rights of users. Facebook was unlucky this time. Facebook VP Diego Dzodan imprisoned by the Brazilian police because they do not help in the investigation of cases of drug circulation.

The case has been rolling for a few months. Dzodan also been targeted by the police since 7 February because it was considered uncooperative.

"Facebook repeatedly not complied with the court's decision," so when the police pretext to imprison Dzodan.

The reason, a Brazilian court has determined, Facebook must help the police investigation process by opening the "key" encryption on WhatsApp. The chat service is known is a means of communication that facilitates the buying and selling drugs in Brazil.

However, Facebook was nevertheless obey. As a result, two months ago, the social networking company was obliged to pay a daily fine of 12,000 US dollars late. A month later, nominal fines increased to 253,000 billion dollars per day. Despite having to pay a fine, in fact Dzodan can not only escape from the shackles of prison. It is still unknown how long the sanctions bars which must be assumed the executive.

The reaction of the police making up furious. The social media giant argued, it could not meet the request of the police for all WhatsApp messages not stored on a central server. Access their encryption was said to be very powerful and can not be arbitrarily burglarized.

"We are disappointed," said a spokeswoman for Facebook. "We have always been cooperative during questioning," he added. Currently, Facebook is still struggling to free Dzodan.

On the other hand, Apple also is experiencing a similar problem. Apple is arguing with the FBI after refusing to open access encryption iPhone belonging to a terrorist.