Do not be proud! Early Enemy PUBG Mobile Still Bot 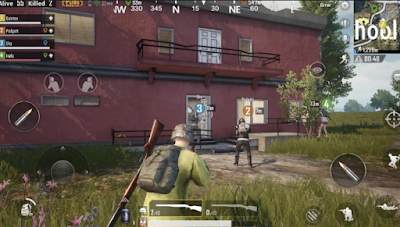 The arrival of Unknowns Battleground (PUBG) Mobile Player game in the global arena was greeted by gadget users. Behind the loud scene, however, something is blocked.

The strange thing is that the game is still likely to be infiltrated by the bot. Yes, only one PUBG information is a Battle Royale Shooter Multiplayer Online game. It is clear that players should face each other up to the remaining person or team.

Only in PUBG Mobile is a report circulating when many players are easy to win. Also for those who never win on PUBG PC or console. Netizens also through the Reddit forum, concluded that PUBG Mobile brings inexperienced players with bots.

This seems to affect the level of the players. Since just started, the developer intentionally brings players with bots as a training ground. If it's already on, then they will deal with real players.

So do not be proud if you have won PUBG Mobile many times. Because anyway your opponent bot.

This experience movoty.com meets directly while trying out the game. No wonder the opponent can shoot without direction. In fact, there is a silence and shoot with shotgun from a distance.